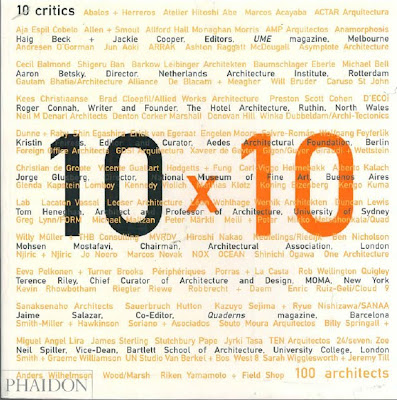 DESCARGA
Libro que subimos cada tanto.Link de descarga Actualizado.
Book Description:
Since the release of the critically acclaimed 10x10 five
years ago, the world of architecture has evolved: Advances
in technology and research continue to produce increasingly
sophisticated forms; advances in communication have
resulted in decentralized, multicity architecture offices;
and an impressive crop of young architects is emerging from
countries with comparatively little previous recognition in
the field, such as Slovenia, South Korea, and China. Many of
the architects featured in 10x10— including Asymptote,
Shigeru Ban, and MVRDV—have become established fixtures on
the international scene, opening the way to a new generation
of talent. With the expertise of a highly knowledgeable and
high-powered group of curators, 10x10_2 picks up where its
predecessor left off.
10x10_2 is a comprehensive and global view of new architecture,
presenting the work of 100 up-and-coming architects in 28
countries, selected by 10 of the world’s best-informed
architectural critics. Organized in A–Z order, the book
introduces each architect or studio on four pages that include
photographs, drawings, and accompanying text written by the
critics. Although some of the architects are beginning to gain
worldwide recognition, others have achieved acclaim in their
own countries for their work over the past five years. The
selection in this volume features more than 250 buildings and
projects, including recently built work as well as those
currently under construction and due for completion. The
effects of the global economy and political shifts are also
evident in the book’s selection, which includes several
architecture studios in Slovenia, South Korea, and China.
Also notable is a widespread move toward multi-location
architecture collectives such as Servo, Ocean North, and
n-o-m-a-d, which take advantage of a network of contacts in
key cities around the world.
10x10 _2 also includes 10 original essays written by the
critics that express their views on current architectural
issues. In addition, each critic has chosen 10 cultural
references—from designed objects to film, theory, and
literature—that exemplify the range of influences on today’s
rapidly changing design environment. The complete list of these
references as well as one reading from each critic is reproduced
in the book, which concludes with complete biographical information
on each critic and architect/firm, as well as an index. 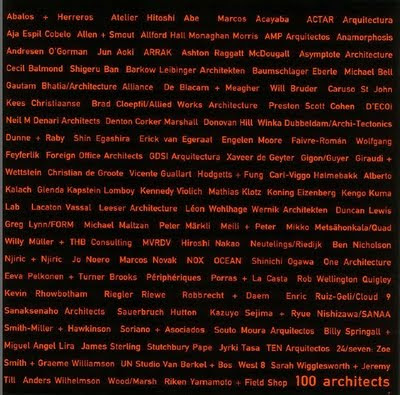